in business and intellectual property matters 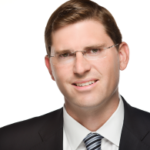 Identity theft not only places a burden on its victims but also poses a challenge to businesses, organizations and government agencies, including the IRS. Tax-related identity theft occurs when someone uses a stolen Social Security number to file a tax return and claims a fraudulent refund. Thus far this year, St. Louis County police received about 750 reports of tax-related identify theft and St. Charles County received more than 450 complaints.

How does this happen? Thieves obtain names, SSN’s and other personal information by hacking into company computer systems, or by luring victims through phone scams or email “phishing” expeditions. Once the thieves obtain data, they then sell it on the black market to individuals who use it to file false tax returns electronically. The IRS keeps records of wages and other types of taxable income reported by employers and other organizations, but it does not match these records to information submitted by identity thieves until after the refund is issued. By the time the fraud is recognized, the thief has pocketed the money.

How Do You Know If You Have Been a Victim of Tax-Related Identity Theft?

Most victims of tax-related identity theft find out about their misfortune in one of several ways:

What Steps Should a Person Take When Identity Theft is Suspected?

Once an individual learns that his or her personal information has been compromised, he/she can take certain steps to prevent, or at least contain, fraudulent misuse.

How Long Will You Wait To Receive Your Refund?

Last year, the IRS warned victims of tax-related identity theft to expect to wait up to 180 days for their returns to be processed. Complicated cases could cause some victims to wait even longer. The long waits come as the IRS struggles to keep up with the surge in fraud. More and more criminals are finding creative ways to steal Social Security numbers and file fraudulent returns claiming large refunds. As a result, tax-related identity theft has risen more than 650% from 2008 to 2012. By the end of 2012, 650,000 identity theft cases within the IRS remained unsolved.

What’s Changing for You?

For the 2016 filing season, the Internal Revenue Service has taken new steps to protect taxpayers and help reduce the risk of identity theft affecting their tax returns.